The Diocese of Menevia 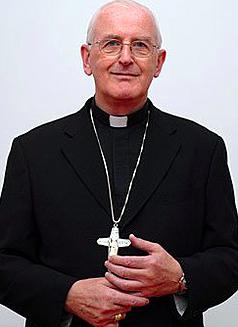 History of the Diocese

By the decree Fiducia freti of 12 February 1987, the whole of the Catholic Church in Wales was restructured. The area known as the Welsh Province contains three dioceses; the Metropolitan Archdiocese of Cardiff and the suffragan sees of Menevia and Wrexham. The present Diocese of Menevia was restored to what is almost entirely its ancient Catholic Diocese of St David’s, the foundation of which is traditionally attributed to St David, in the latter half of the 6th century.

Menevia is said to have been derived from Menapia, the name of an ancient Roman settlement that is supposed to have existed in Pembrokeshire, or Hen Mynwy. The Latin name for the diocese throughout the Middle Ages was Menevia, and that is the name given by Pope John Paul II to our diocese. The Bishop of Menevia is the only member of the hierarchy who holds one of the titles of pre-Reformation times.